There are more than 500,000 pieces of dangerous space junk orbiting the Earth, not including paint flecks and other tiny bits flying around at 17,500 miles per hour that put spacecraft at risk. The Brane Craft, in the conceptual phase at Aerospace Corporation, is a bulletproof “blanket,” one yard across and thinner than a human hair, that the company thinks could wrap around space junk and pull it into the atmosphere where it will safely burn up. The project just received another grant from NASA’s Innovative Advanced Concepts program that funds radical concepts that may never work but would have great impact if they do. From Space.com: 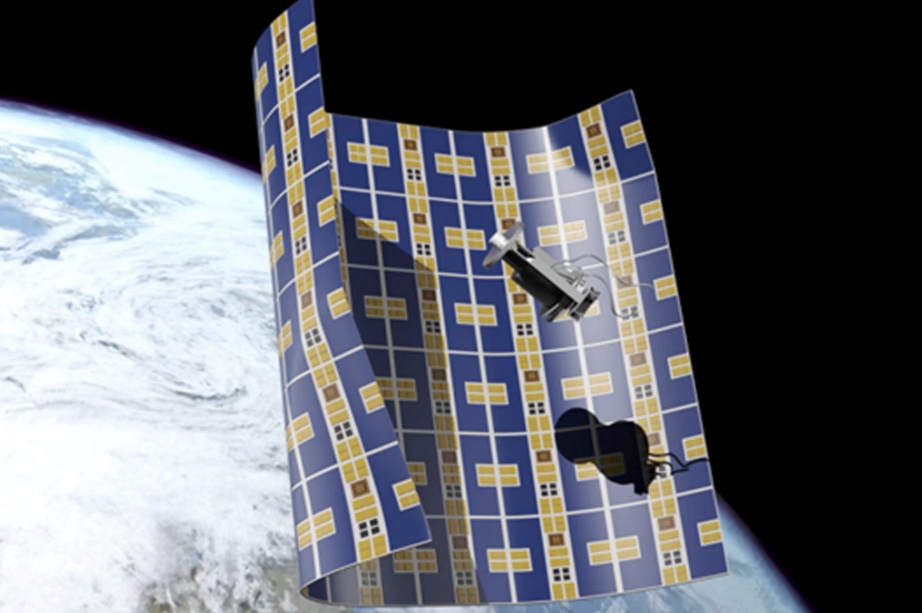 The thin spacecraft is not only lightweight, which reduces fuel consumption, but is easy to stack in a launcher and deploy in a swarm of dozens of bots, each on a track to a different rogue piece of debris. Brane Crafts will be powered by ultrathin solar cells as well as a little bit of propellant. The company plans to launch the craft frequently, with many Branes deployed at the same time, helping to reduce costs…

The NIAC grant provides two years of funding for laboratory demonstrations of the thin film. The investigators plan to outline how to develop the technology and which fabrication technologies hold the most promise.

“We’re also looking at how we can get government or other companies interested in this to take this to the next level,” (Aerospace Corporation principal investigator Siegfried) Janson said, pointing out that readiness for space would likely take a few million dollars.

But once Brane gets going, if enough spacecraft are deployed, the concept should be able to pull down most objects of 0.9 kilograms (2 pounds) or less within a few years, he said.

When blackened tanks from a Hawthorne-made SpaceX Falcon 9 second-stage rocket accidentally rained down onto an Indonesian island last year, the nation got a palpable encounter with a problem known as “space junk.” Luckily, the rocket-propellant tanks that survived the white-hot burn of the Earth’s outer atmosphere didn’t hit any people or animals, even though one landed on a farm. But the … END_OF_DOCUMENT_TOKEN_TO_BE_REPLACED