Pollution of near-earth space may create major hindrances to further space exploration in 50 years from now and even pose a threat to Russia’s national security, the head research center of Roscosmos (TsNIIMash — Central Research Engineering Institute) has warned. 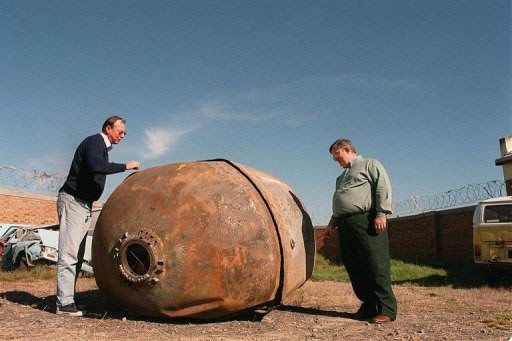 “The problem of space debris is getting exceptionally acute. It can be formulated in rather harsh terms: if no transition is carried out within decades to fundamentally new space rocket technologies with the aim to prevent the emergence of space debris the level of pollution of near-earth space in 50-60 years’ time may considerably hinder further space activities, which, in turn, may have adverse effects on many aspects of state activities and even create a threat to Russia’s national security,” TsNIIMash press-service has told TASS.

“Over the past few years the operators of space vehicles have been getting ever more frequent warnings there was a risk operational space vehicles faced the threat of collision with catalogued space debris measuring more than ten centimeters in size,” TsNIIMash said.

TsNIIMash explained that spacecraft’s collision with such items would at best result in full or partial loss of the satellite’s functions, and at worst, in a powerful explosion and the emergence of a large amount of debris. At the moment the sole way of avoiding such incidents is evasive action, which entails unforeseen fuel consumption, reduces the satellite’s life cycle or even disruption of the flight program altogether.

For protecting spacecraft from collision with fragments smaller than ten centimeters and micrometeorites special protective devices are used, TsNIIMash said.

When blackened tanks from a Hawthorne-made SpaceX Falcon 9 second-stage rocket accidentally rained down onto an Indonesian island last year, the nation got a palpable encounter with a problem known as “space junk.” Luckily, the rocket-propellant tanks that survived the white-hot burn of the Earth’s outer atmosphere didn’t hit any people or animals, even though one landed on a farm. But the … END_OF_DOCUMENT_TOKEN_TO_BE_REPLACED