Larry McGlynn’s collection of NASA-related items includes astronaut Edgar Mitchell’s spoon from the Apollo 14 mission, a model of a Lunar Rover, a stopwatch, and space-themed toys. 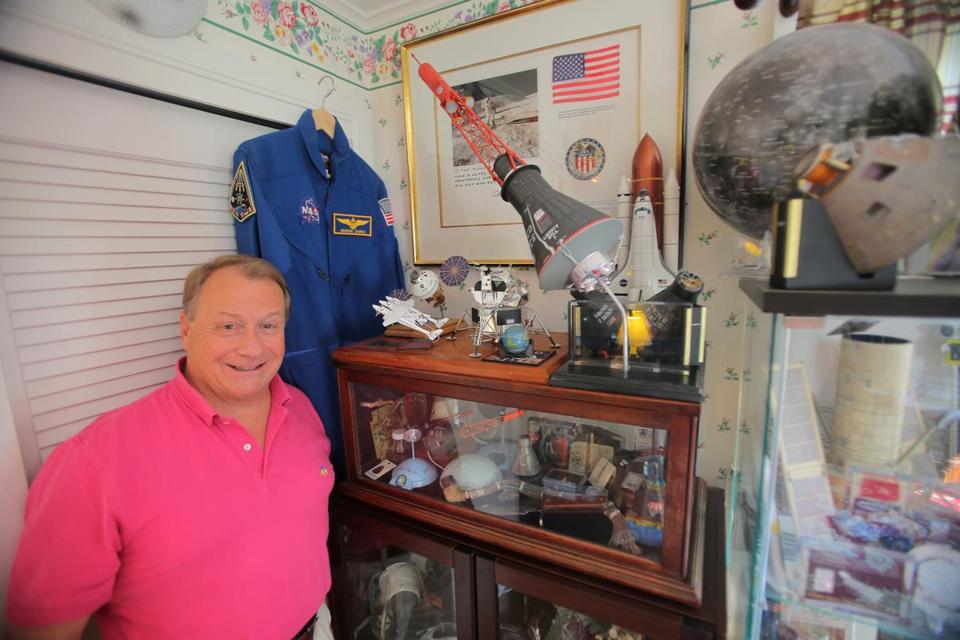 McGlynn is the owner of the last jockstrap worn on the moon, an unusual artifact worth an estimated $10,000 and part of his vast collection of space memorabilia that includes spacesuits, flags, and flight logs of US and international space missions. McGlynn, 61, began collecting 55 years ago, when his brother’s school science project brought them to Raytheon Co., where they were given a piece of Mylar from the Echo satellite.

When blackened tanks from a Hawthorne-made SpaceX Falcon 9 second-stage rocket accidentally rained down onto an Indonesian island last year, the nation got a palpable encounter with a problem known as “space junk.” Luckily, the rocket-propellant tanks that survived the white-hot burn of the Earth’s outer atmosphere didn’t hit any people or animals, even though one landed on a farm. But the … END_OF_DOCUMENT_TOKEN_TO_BE_REPLACED