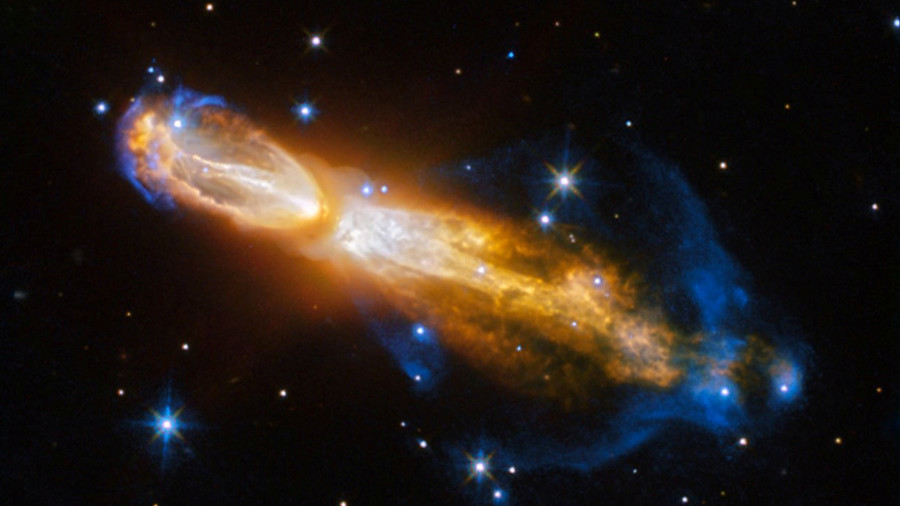 The powerful ‘laser cannon’ will be based on a three-meter optical telescope, construction of which is already underway. The telescope, designed to monitor space for satellites and potentially dangerous space junk, will be transformed into an equally giant laser if the project is greenlighted.

A type of solid-base generator will supply power to the laser, the report, seen by RIA Novosti, says. The space trash destroyer will use the process known as “laser ablation” to remove the debris from spaceships or any other junk, like a cosmonaut’s lost glove floating in low-earth orbit, which is between 160 to 2,000 kilometers (100-1,240 miles) above the Earth’s surface. The laser’s energy heats an object that is pierced with a beam until it gradually evaporates.

NASA estimates that there are more than 500,000 pieces of space junk “the size of a marble or larger,” which can be tracked as they are travelling at speeds of up to 17,500 miles per hour around the Earth. It warns that even “a relatively small piece of orbital debris” can inflict damage upon spacecraft and satellites. Of about 500,000 pieces of space debris, 20,000 are “larger than a softball.” 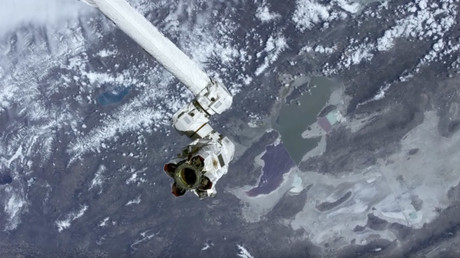 With more countries engaging in space exploration, the task of avoiding collisions with the growing mass of space debris becomes ever more pressing. As the concerns mount, a number of countries have already entertained the sci-fi-like idea of creating a weird mix of a laser weapon and a garbage processor. Back in 2015, Japan’s RIKEN research laboratories said they were planning to add a small laser to a telescope they were developing for the ISS, and scale up the method if it proves to be successful.

The idea has been picked up by China. In February, scientists at the Air Force Engineering University in China published a studysuggesting that the junk could be blasted by space-based lasers.

Australia’s EOS Space Systems revealed in March it is also working on the photon pressure laser. However, the laser is designed so it will not incinerate the debris completely, it will just be able “to nudge space objects around, change their orbits.” However, such approach might actually clutter space even more, as there is a chance that objects will break in two, researchers warn.

A long range of proposals, including giant nets and harpoons to grab debris, have been made by scientists over the years. In April, the RemoveDEBRIS device, equipped with a net and a harpoon, arrived at the ISS on board a Falcon 9 rocket.

In 2017, Japan failed an attempt to clear space junk with a 700-meter tether that was created with the help of a fishing company.

When blackened tanks from a Hawthorne-made SpaceX Falcon 9 second-stage rocket accidentally rained down onto an Indonesian island last year, the nation got a palpable encounter with a problem known as “space junk.” Luckily, the rocket-propellant tanks that survived the white-hot burn of the Earth’s outer atmosphere didn’t hit any people or animals, even though one landed on a farm. But the … END_OF_DOCUMENT_TOKEN_TO_BE_REPLACED