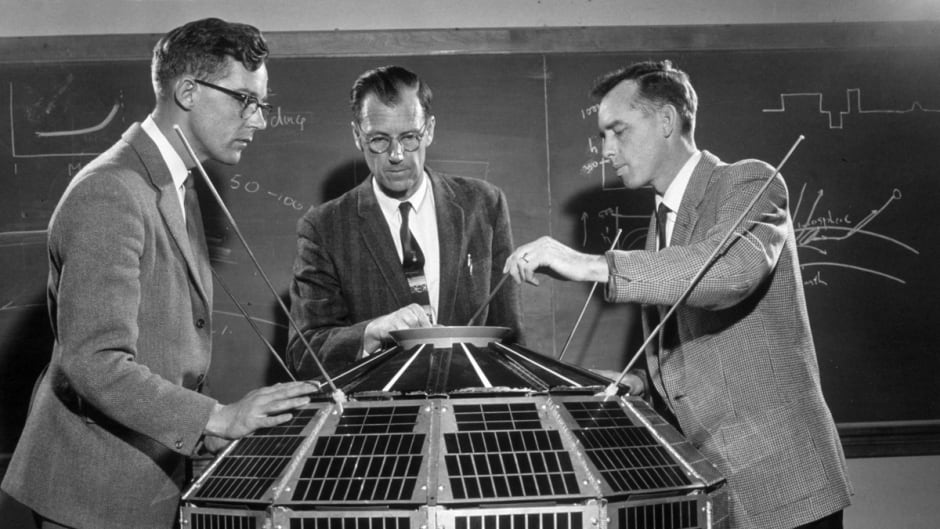 Canadians got a reminder of all the space junk orbiting our planet on Friday when a U.S. rocket body lit up the Prairie skies as it burned up and hurtled towards Earth.

Because items can stay in orbit for decades, there are objects that have been circling our home since the 1960s — including Canada’s first Earth-orbiting satellite, Alouette I.

“Fifty-five years ago, Alouette was launched and it’s still up there and there’s no sign of it coming down,” Randy Atwood, director of the Royal Astronomical Society of Canada, told As It Happens guest host Helen Mann. 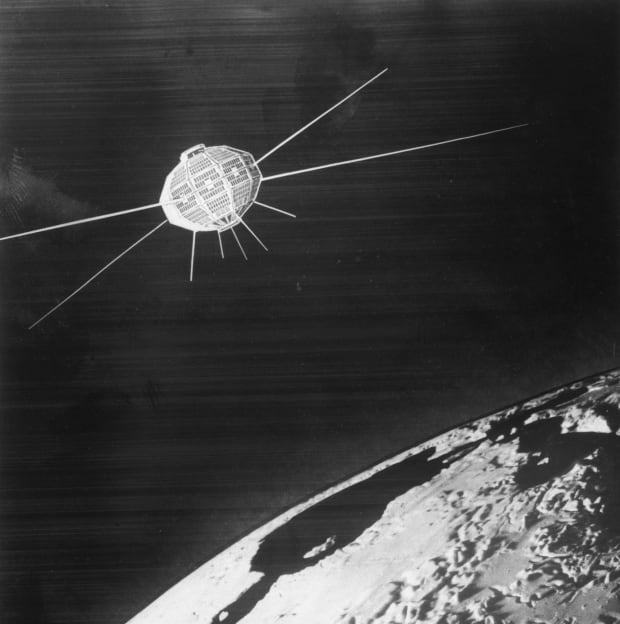 This is an artist’s conception of how the Canadian satellite Alouette would appear to an astronaut in orbit. (Bettmann Archive/Getty Images)

These days Alouette is just one of about 23,000 pieces of space junk circling the planet, but the satellite was once a cutting-edge piece of technology and a great source of national pride.

Its launch on Sept. 29, 1962, “marked Canada’s entry into the space age,” according to the Canadian Space Agency. With it, Canada became the first nation after the U.S. and Russian superpowers to design and build its own satellite.

Alouette was positioned 1,000 kilometres above the Earth to monitor the upper atmosphere, or ionosphere, from above.

“It was a way to learn more about the ionosphere so that in this large country, Canada, we could keep in contact better through radio transmissions,” Atwood said.

About 10 years later Alouette was quietly shut off and has been adrift ever since.

“It was only supposed to last three months,” Atwood said. ” A satellite back then, for it to last 10 years, was amazing.” 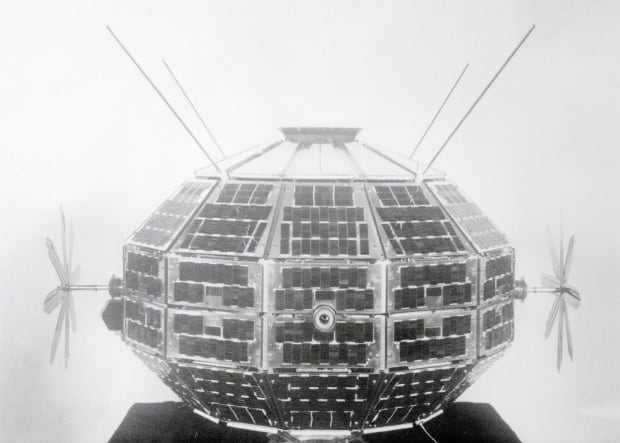 While the satellite itself was not a revolutionary piece of technology, Atwood said it featured innovative antennas that were widely adopted and used in future space missions.

“They were rolled up like Scotch tape and they were metal, and as they were unfurled, they were actually turned into a tube,” he said.

“This was a great Canadian invention and they used it on the Gemini and Apollo moon missions because, you know, this antenna you could roll it up to be the size of your fist and it would extend out 20-30 feet,” Atwood said.

“I’m sure they’re still out there now. There’s essentially nothing to have changed the way Alouette looks after 55 years.” 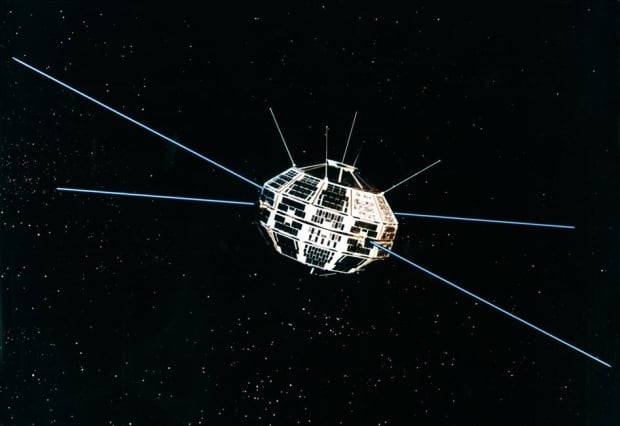 Like the Canadarm or the landing gear on the Apollo lunar module, STEM antennas are one of many small but important Canadian contributions to space technology, Atwood said.

“We don’t have a big space budget like NASA does. So we’re very innovative. We do a lot more with less,” he said.

“There’s a lot that maybe the average Canadian doesn’t know about what we’ve done in space.”

Despite the fireworks show over Saskatchewan and Alberta on Friday night, Atwood said nobody should expect to see a flaming Aloutette in the sky any time soon.

“The reason a satellite comes down out of orbit is that essentially it slows down,” Atwood said. “Up where Alouette is, there’s literally no atmosphere to slow it down, so it’s probably going to be up there for many hundred years.”

When blackened tanks from a Hawthorne-made SpaceX Falcon 9 second-stage rocket accidentally rained down onto an Indonesian island last year, the nation got a palpable encounter with a problem known as “space junk.” Luckily, the rocket-propellant tanks that survived the white-hot burn of the Earth’s outer atmosphere didn’t hit any people or animals, even though one landed on a farm. But the … END_OF_DOCUMENT_TOKEN_TO_BE_REPLACED